The macroalgal biodiversity of the Gulf of Mexico has been the spotlight of my research during several decades. We are currently studying the benthic marine algae from the North Central Gulf of Mexico and Cuba. We are developing a digital database of seaweeds from these areas.

Changes in the floristic composition related to human-induced changes in the environment as well as detection of non-indigenous species has been the focal point in our current investigations.

Along the Alabama coast, several areas provide a variety of habitats suitable for the growth of benthic marine algae: rocky substrates, oyster beds, muddy/sandy bottoms, marshes, seagrass beds, and oil/gas rigs platforms. The coast of Alabama has been neglected in benthic marine algal studies even if seaweeds from other regions in the Gulf of Mexico have been of great interest to phycologists since initial collections made by the early 1800’s. Areas such as Florida, Texas, Louisiana, Tamaulipas, Veracruz and the southern Gulf of Mexico have been the focus of many studies but only a few algal references have been made from Alabama and mainly aiming ecological analyses of the seagrass meadows or in eco-physiological studies. It is interesting to note the comment made by Taylor in 1954 that “Alabama’s short coastline is phycologically little known” is still valid after more than fifty years! The North Central Gulf of Mexico is considered to be species-poor compared to other parts of the Gulf.

With funds provided initially by the Mississippi-Alabama Sea Grant Consortium (MASGC Program Development) and The University of Alabama to JLB we have initiated a biodiversity research program with the aim to fill this phycological gap in the North Central Gulf of Mexico. The outreach component of this website will assist other scientists and general public to recognize these biological resources and appreciate a marine flora more phycologically diverse and species-rich than previously considered.

The North Central Gulf of Mexico is a biogeographic area extremely important from a phycological point of view. The shallow waters of the northern Gulf represent a biological laboratory; they are characterized by a unique marked seasonality involving an extreme range of water temperature between the warmer summer and colder winter months. This seasonality has a dramatic effect on the establishment of the marine flora, and the biogeographic affinities of these two extreme groups are remarkable: the flora of the warmer months has an affinity with tropical algae from the Caribbean, meanwhile the winter flora is related to that of the more temperate NW Atlantic.

Visit our database of Seaweeds from the North Central Gulf of Mexico at http://www.bama.ua.edu/~jlopez/dbhome.htm 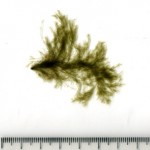 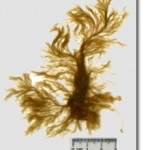 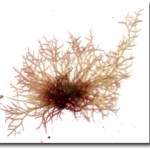 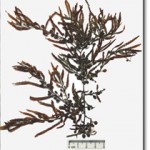 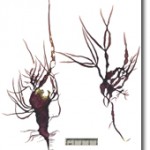