Gabriela Garcia-Soto, graduate student at the PhycoLab, has been selected as participant for the Bodega Bay Marine Laboratory Advanced Phylogenetics Workshop, March 2013!

THE PHYCOLAB AT OUR 2012 HOLIDAY DINNER (Mexican Style) 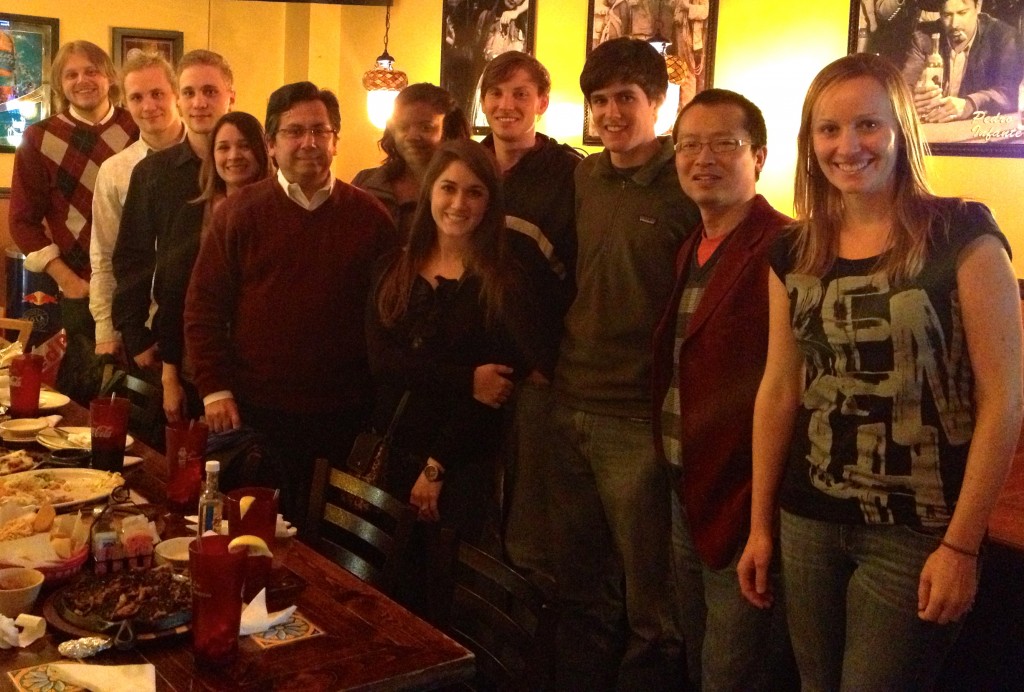 THE PHYCOLAB PARTICIPATING AT THE 2012 SOUTHEASTERN PHYCOLOGICAL COLLOQUY, JACKSONVILLE, FL

Members of the PhycoLab participating at the 2012 SEPC meeting with oral and poster presentations. Picture taken during dinner at the end of the productive day listening and talking about algae! The University of Alabama will host the 2013 Southeastern Phycological Colloquy at Dauphin Island, AL! 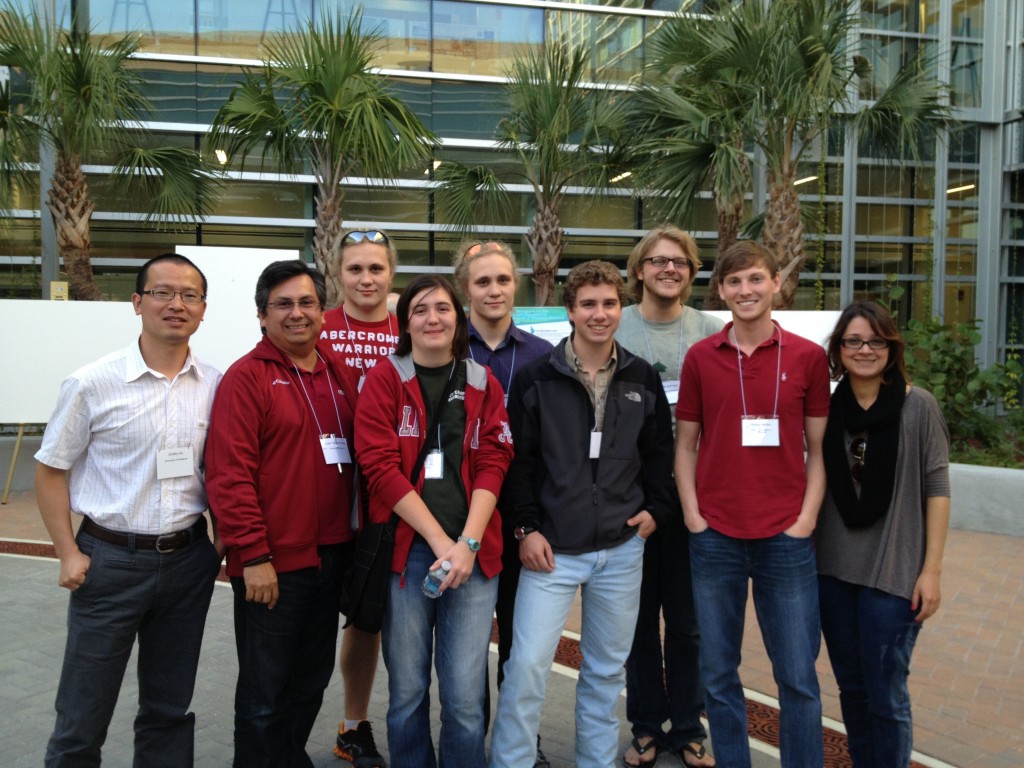 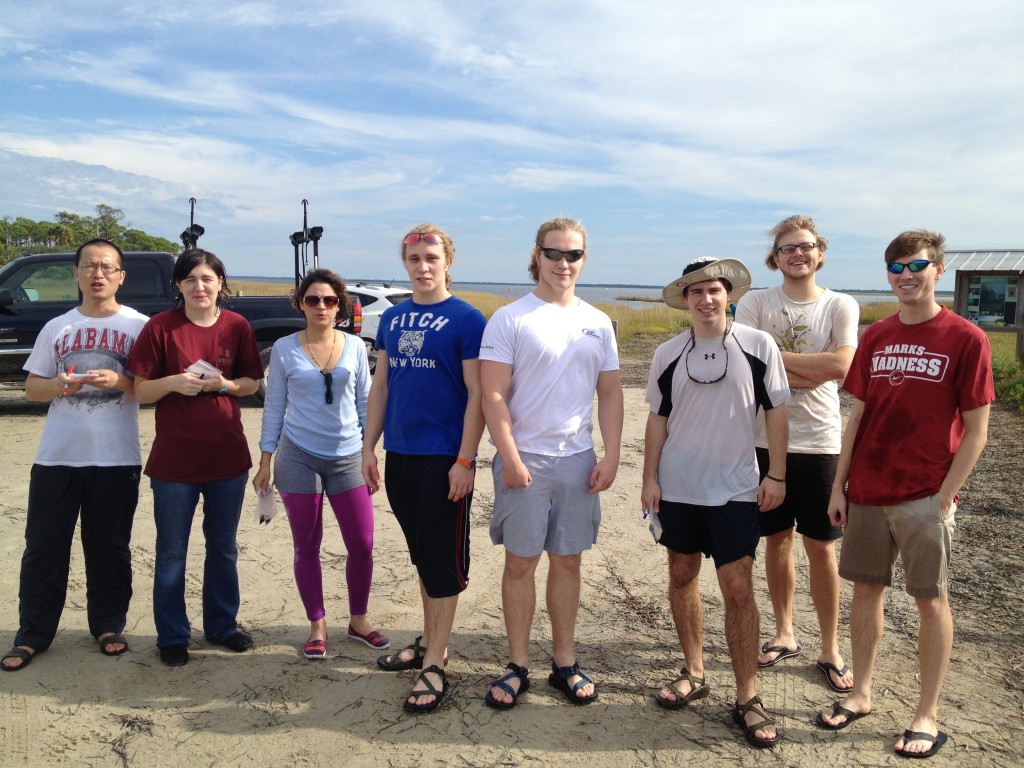 Teaching/research assistantships are available for MSc or PhD students in the Department of Biological Sciences at The University of Alabama under the supervision of Dr. Juan Lopez-Bautista beginning Fall 2011. Our Laboratory is focused on the systematics, biodiversity and evolution of algae. The University of Alabama is located in Tuscaloosa, AL (50 min from Birmingham).

This opportunity involves participation in an NSF-funded AToL project GRAToL: Assembling the Green Algal Tree of Life. This investigation is aiming to study the systematics and phylogenetic relationships of green algae, in particular the class Ulvophyceae, using a multi-gene dataset. Students interested in green algal evolution, systematics and phylogenetic analyses are particularly encouraged to apply.